This Wednesday judge Emmet Sullivan struck down a large portion of the Justice Department’s policy that made it harder for immigrants to claim Asylum.

The rules of credible fear have changed and he permanently block the government from continuing to apply these policies from the removing of plaintiffs who are currently in the United States without first provide incredible fear determinations consistent with the immigration laws, and ordered the feds to return to the United States the planets who were unlawfully deported and provide them with new credible fear determinations consistent with the immigration laws.

A major defeat for Trump .

He has led an all-out assault on the rights of asylum-seekers trying to obliterate Asylum protections is unlawful and inconsistent with our country’s long-standing commitment to provide protection to immigrants fleeing for their lives.

African American communities have been affected by deportation and are awaiting news of the Haitian immigrants along with the military immigrants deported this year. 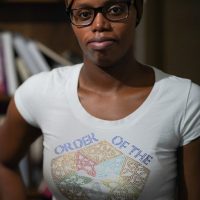 "A Word of Substance"

The Wolf Of Online Marketing

A Site To Learn More About Meditation And Yoga

How To Make Money Online

A publication by LGBTQ folks of color and our allies and for everyone.